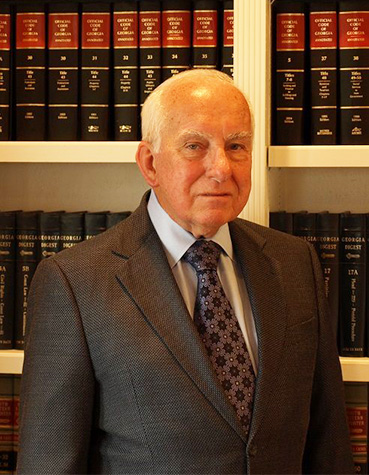 Mr. Hamilton has extensive criminal and civil litigation experience, including countless jury trials and bench trials. He is qualified to represent clients accused of major felonies but he now chooses to specialize in complex civil litigation, such as personal injury matters, divorce and child custody proceedings. Prior to practicing law, Mr. Hamilton was an officer in the United States Navy with 20 years of honorable service, before retiring with the rank of Lt. Commander. Mr. Hamilton has also worked as a residential and commercial construction builder, developer, and licensed General Contractor in Illinois, Florida, and Georgia. Mr. Hamilton is extremely active in his community. Among his many commitments, he is most proud of his work as coordinator and coach for North Forsyth’s high school mock trial program for the last 17 years. His efforts lead to the creation of a scholarship program for promising local youth. Mr. Hamilton received his Juris Doctor as well as his L.L.M., Master of Laws, from Atlanta Law School. He is admitted to practice before the Georgia Supreme Court, the Georgia Court of Appeals and the United States District Court for the 11th Circuit.